We went to Bandung, or more exactly Lembang over Easter for a long weekend.

Lembang is a district of Bandung, located in the mountains north of the city center, where the climate is noticeably cooler (20-25 degrees c). Lembang isn’t densely populated and is a great destination for people seeking to escape the city and enjoy nature. Many parts are still covered with forests and because of the cooler temperatures, the vegetation is a beautiful mix of tropical plants with pine trees.

Nowadays, Lembang offers many outdoor activities and touristy infrastructures for families, and thanks to the cooler weather, we were able to stay outdoors the whole day. I’d love to come back again in a few years for some hiking in the forest.

It rained many times when we were there, and sometimes it poured heavily but never for longer than 15min so we would sit down for coffee somewhere and wait it out.

We really enjoyed our little holiday; it was something different from the usual Bali trip, still easy enough for a family escape, with plenty to do for the kids. Just as any trip from Jakarta, it requires half day travel, but I think overall the benefits outweighed the hassle of the journey. We had initially planned to stay from Thursday till Sunday and that would have been ideal, but unfortunately had to come back on Saturday.

How we went? Train + car

Because it was a long weekend, we knew that traffic was going to be horrendous and decided to take the train. In fact, one of our friends had been to Bandung the previous long weekend and drove for 7 hours!

By the time we bought our train tickets (1 week before the actual travel dates), all the Sunday train tickets were sold out. I don’t know how much in advance passengers are able to book, but one week was not early enough.

We got first class tickets (called Eksekutif) from Indomaret for Rp120,000/pax (kids under 3 can sit on laps and travel for free, economy was Rp80,000). All we needed was our passport or kitas number, but brace yourself because the simple act of buying tickets takes about 20 minutes (Indomaret’s computer system is extremely slow, and often breaks down…). We were given a receipt with a booking number, which allowed us to print out our real ticket at the train station (I would advise arriving slightly early to do this in case there are a lot of people).

We arrived at the station 30min early and the train was already there so that gave us plenty of time to settle (there are porters at the train station to help with luggage).

Important: passengers must show ktp, kitas or passport before boarding the train.

The train is old but clean and comfortable, and the journey takes 3h20min from Jakarta Gambir station to Bandung and once we got out of the city, we were able to enjoy amazing views of little villages and green landscapes. I would advise packing food, we took the train during lunchtime and the only options onboard were Hokben lunchboxes and chips. 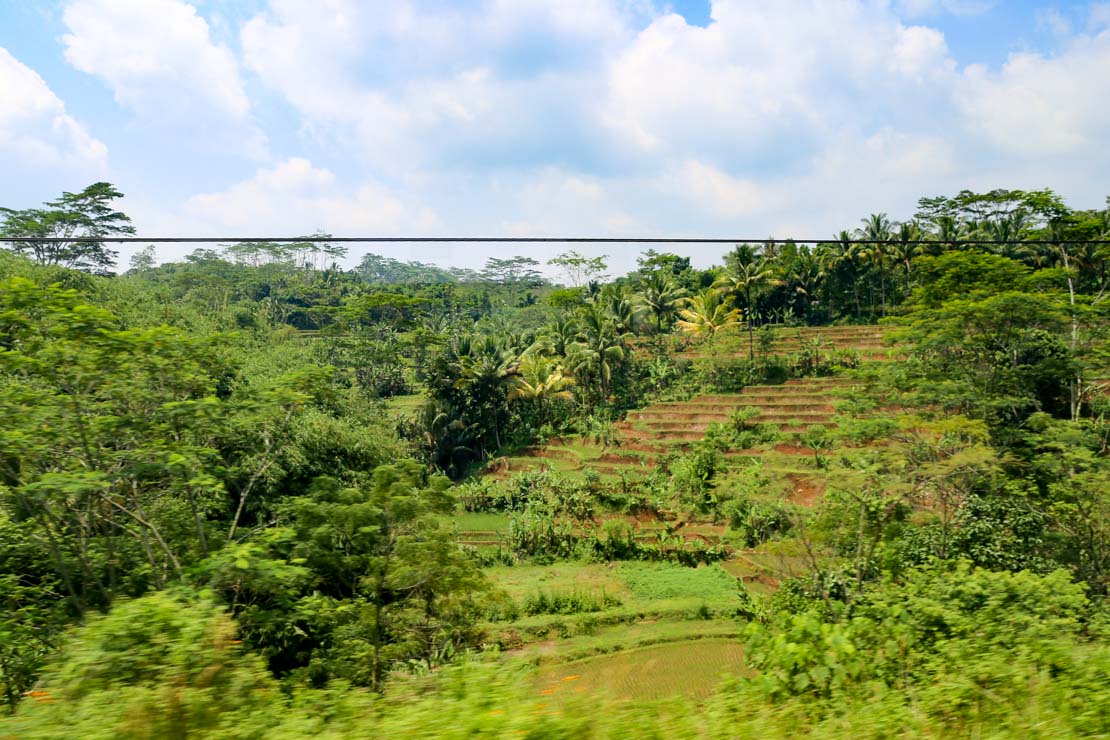 From Bandung train station, we drove for another hour to Lembang (despite the fact that we were there on a working weekday), two hours on the way back (there is only one road that goes from Bandung city to Lembang).

There are no taxis in Lembang so we hired a driver with a car from Bandung-Driver and would happily recommend them.

There are many accommodations in Lembang, hotels but also camping and glamping sites . Because we went there with friends who also have small children, we chose to stay in this Airbnb.

The house looks exactly as in the pictures, it’s an old family house that has been renovated recently. It’s very pretty and was wonderful for the kids who had plenty of space to play in and outdoor (the fish/frog pond and cats provided hours of joy). The housekeepers were lovely and seemed genuinely happy to have kids around.

The house is strategically located to explore Lembang: just across the road from Grafika Cikole, about 20min drive from Farmhouse and De Ranch. Because the house is quite high up into Lembang, there was no traffic to go down to these places (traffic is mainly between Bandung city to Farmhouse). It was very easy to find also, just off the main road, next door to an Alfamart and we only needed to cross the road to get to a nice outdoor restaurant. The only drawback was the constant traffic noise: the road is not particularly busy, but the scooters, buses and honking trucks kept us awake at night. The kids did not seem bothered and we’d stay here again if we were to go back to Lembang. 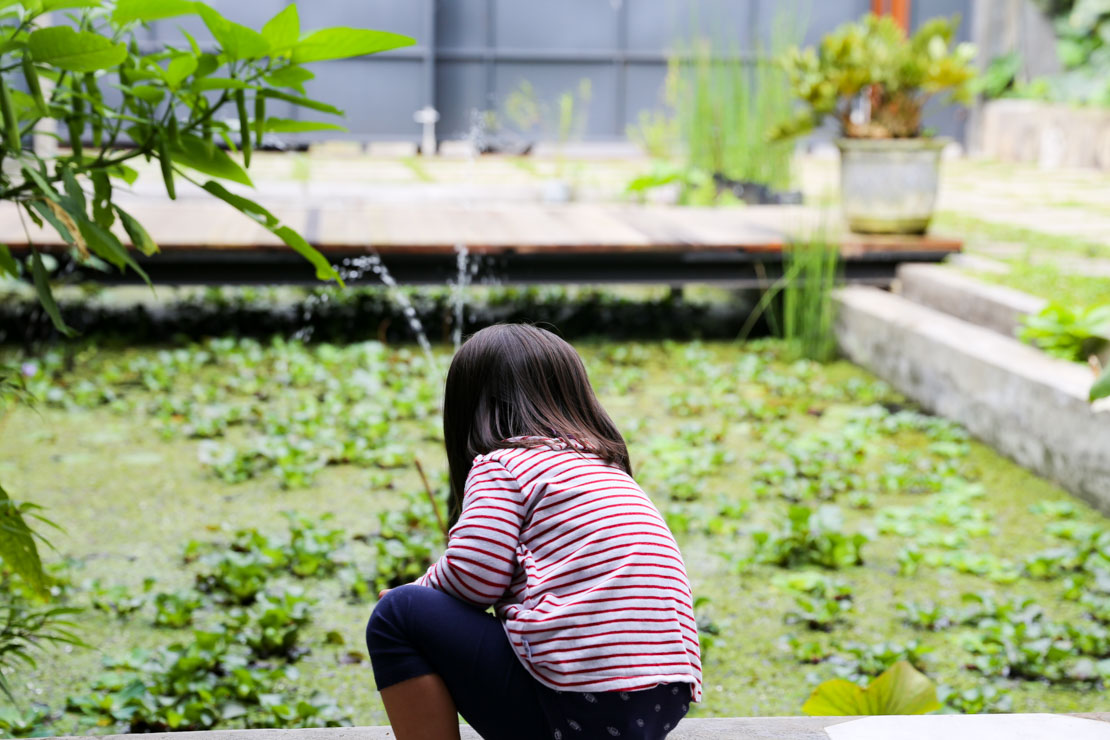 Dining options are quite limited in Lembang, with mostly side-of-the-road family run restaurants. Staying in the house was perfect because the housekeepers were able to prepare our meals (very good home-made Indonesian dishes like soto ayam/nasi goreng/stir-fried vegetables/tempeh…) and the restaurant just across the road offered simple meals with nice views (cross the road and look for the kopi luwak sign). 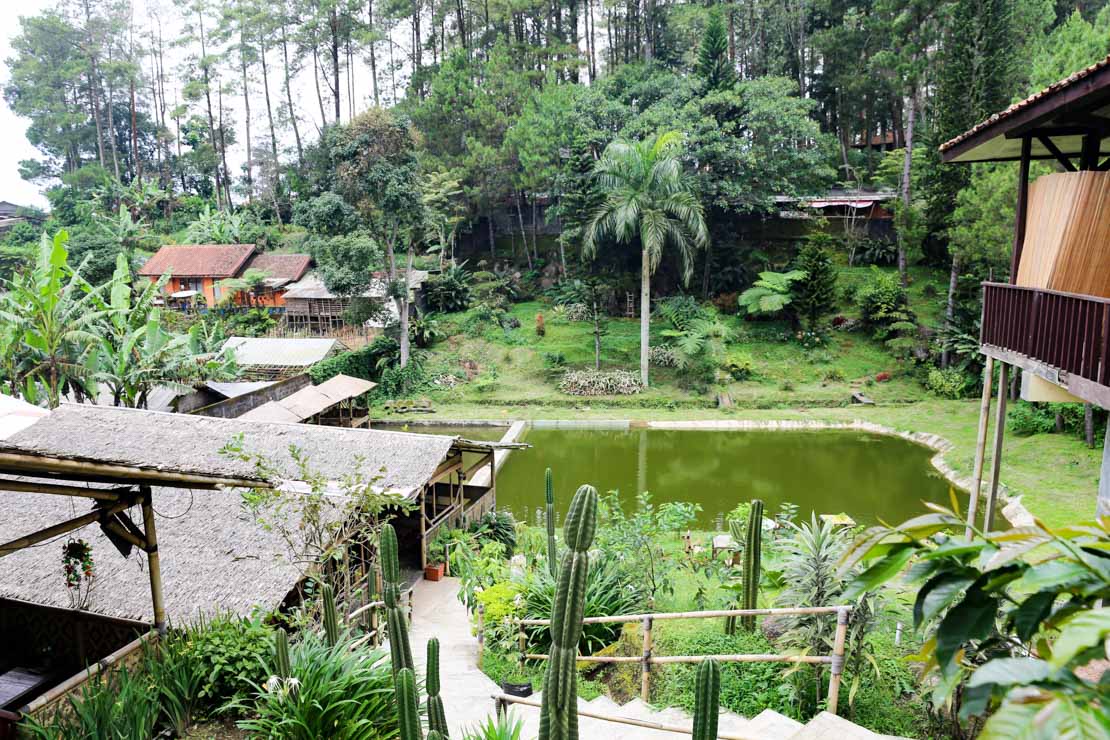 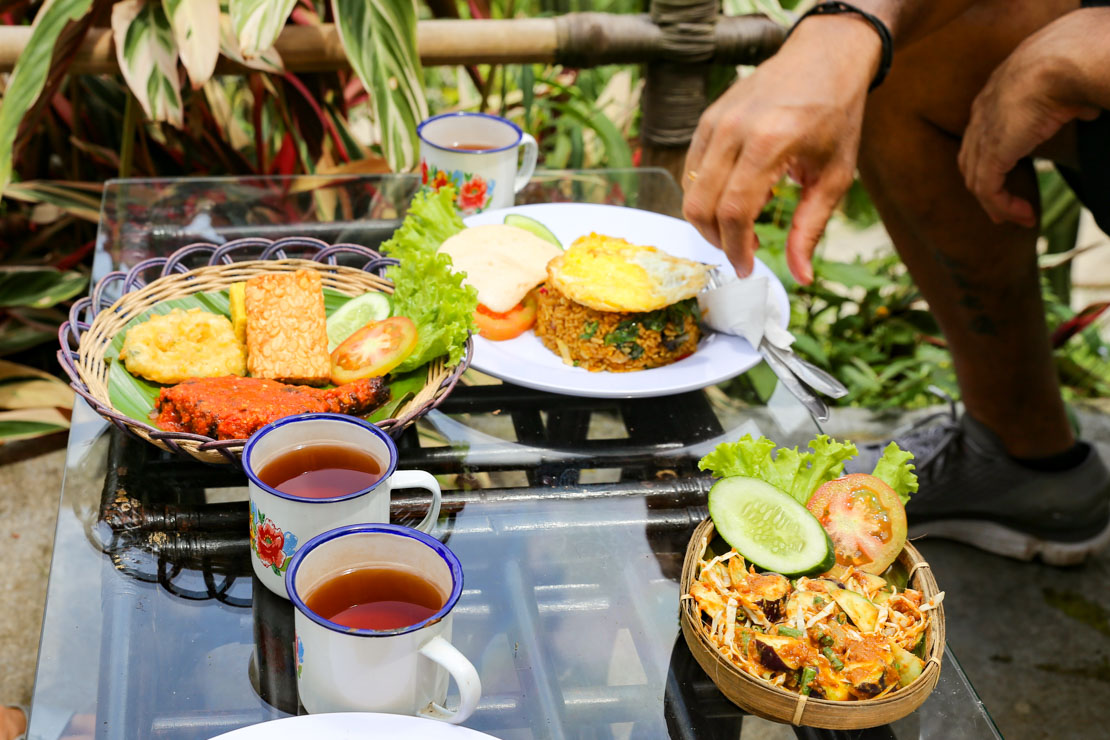 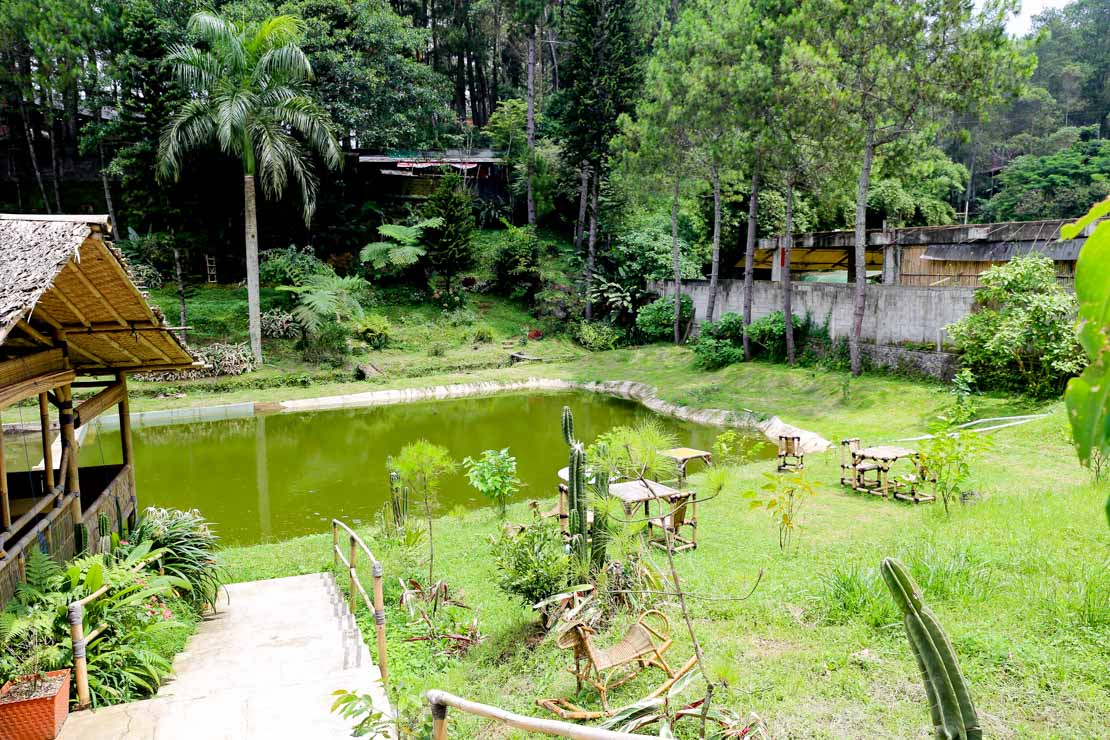 We were able to visit Farmhouse, De Ranch and Grafica Cikole (more details coming in the next few days).

There is plenty more to see in Lembang and I really wish we could have gone to Dunsun Bambu (40min-1h from the house) but in 1,5 days and with 4 kids under 4, there is only so much we could do. Other places in Lembang that were recommended to us included Maribaya hotspring, Gunung Tangkuban Parahu.

Note that all of the above places do not really cater to foreign tourist, their websites are only in Bahasa Indonesia but it was never an issue as there was always someone who spoke a bit of english to help us out when needed.