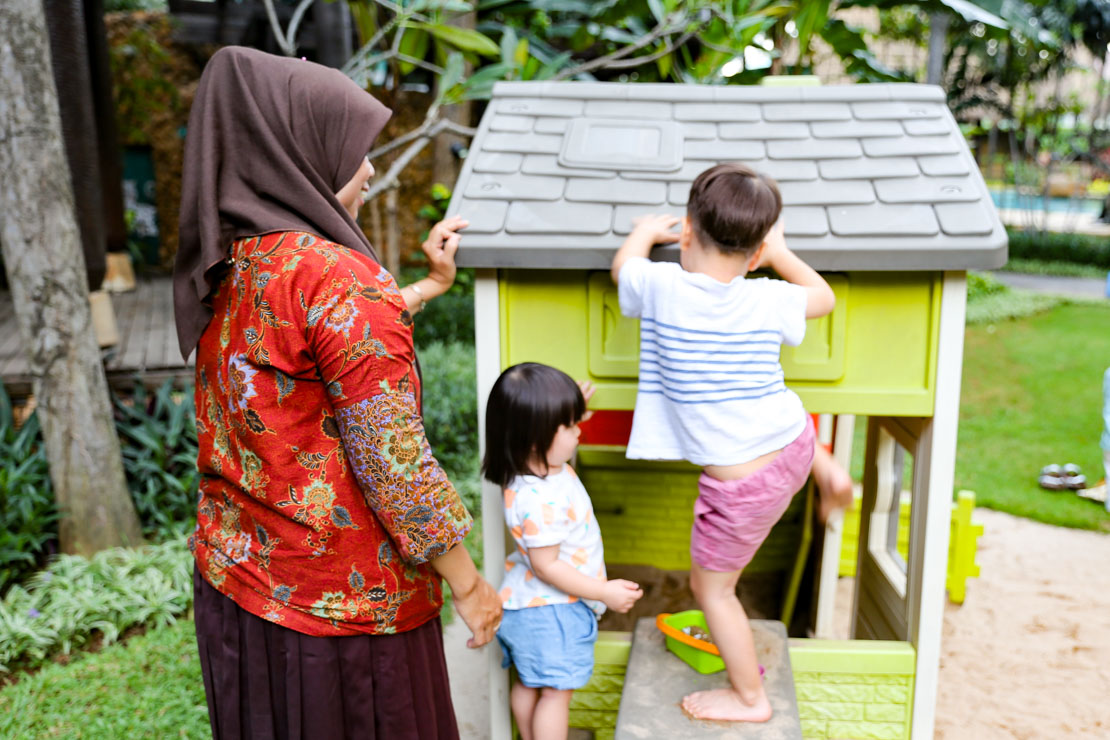 I have yet to write a proper post about nannies: where to look for one, what questions I like to ask when recruiting, and the kind of relationship I want to build… But today, I just wanted to share with you something small and yet significant. We have finally gotten to a point where both our kids are happy to stay with our nanny, which is huge! It took my son a long time and although it frustrated me, I now understand it was my fault.

For almost a year, I was picking Elliott up from school everyday at noon and would stay at home with the kids for the rest of the day, never leaving him alone with our nanny. I didn’t have a trust issue, but since I was not working, I felt I had to devote my entire time to being with the kids. If occasionally I had to be out in the afternoon, Elliott would throw a big tantrum.

But everything changed when SHE starting picking Elliott up from school. Everyday, they would have 20 minutes together, and while it isn’t much, that little amount time allowed them to bond. There was a bit of bribing involved at the beginning (our nanny would bring sweets and sometimes show him videos on her phone, which is something I wouldn’t normally do) but I can live with that because the outcome was worth it.

Isn’t it funny how little changes can sometimes have the biggest impact?